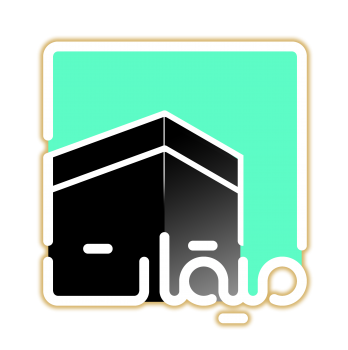 The most comprehensive app for Hajj and Umrah deeds

‘Miqat’, the first product of Najva apps suite, is the most comprehensive app presenting the Hajj and Umrah deeds in Persian. It is available in five languages, which will be released gradually. Miqat has been prepared to fill the gaps in terms of the many religious teaching in the topics of Hajj and Umrah, and the pilgrimage of the infallibles and Divine proofs of God in Mecca and Medina. It is clear that the limitations of using various books in Divine shrines necessitate the use of this app and similar applications.

The necessity of paying pilgrimage to hajj and to visit God’s house and the reason and effects of this divine act, and also the consequences of leaving it, may be to some extent unclear to most people. Therefore, it has been tried to offer the teachings of the infallible Imams (PBUH) in this regard in classified order so as to encourage all to perform this divine duty.

It has been tried to introduce the honored places of Mecca ( along with interesting photos) which are under God’s special attention and infallible imams. It is avoided to make an encyclopedia which only gives unnecessary information and are not useful for religious customs.

The practices of ‘Umrah Tamatto’ have been offered in complete and classified form which ease its accessibility.

The practices of Hajj Tamatto’ have been offered in complete and classified form which ease its accessibility.

The practices of ‘Umrah Mofradah have been offered in complete and classified form which ease its accessibility.

Deeds in Mecca and Masjid al-Haram

A collection of deeds that infallible imams have been advised pilgrims in Mecca and Medina in addition to obligatory practices.

It has been tried to introduce the honored places of Medina ( along with interesting photos) which are under God’s special attention and infallible imams. It is avoided to make an encyclopedia which only gives unnecessary information and are not useful for religious customs.

In Miqat app, a classified compilation of Medina deeds including practices for the Prophet Shrine, Baqi’ shrine, cemeteries of Uhud martyrs and other places in medina are offered.

Having relationship with our master imam Zaman, especially in the homeland of his ancestors and specifically during Hajj ceremony when his presence in this ritual , as the master of Hajj pilgrims ( Amirul-Hojjaj), is certain, is of the duties that Thaqalayn which is Quran and ‘Itrat (Ahlul Bayt) has assigned to people. To this end, by benefiting from the sayings of infallibles and advice of elites and religious scholars melting their heart in his love, it has been tried to prepare a collection which can play a role, if it is paid attention and practiced, in the spirit of Hajj pilgrims and their spiritual connection with Imam Zaman (a.s.)

Suggested deeds in Mecca and Medina

Long stay in Mecca may result in pilgrims boredom and tiredness, especially if no program is prepared for them. Therefore, Miqat app, in addition to religious practices of Hajj and ‘Umrah, includes a collection of prays, Duas and zikrs to increase the knowledge of  hajj pilgrims and their closeness to God, which in several past years was welcomed by many Hajj pilgrims. These practices have been organized in a way that people can use them during whole year and in all holy shrines of our infallibles.

Deeds of months before Hajj

In order to benefit more from the holy atmosphere of Mecca and Medina during our presence there, the practices belonged to Zil-Gha’deh month and Zil-Hajjeh month specially deeds for Eid Ghadir and Eid Mobahele, and the holy Prophet’s sermon in the day of Ghadir are gathered in this app.

Ethics in Hajj and Umrah

Difficulty of Hajj trip and its long time can pave the way to be bad-tempered and the sworn enemy of God , Satan, interferes in this situation and in critical cases which will result in deeds become ineffective. Therefore, a part of Miqat app is allocated to travel ethics in Hajj and ‘Umrah which are definitely useful for Hajj pilgrims.

Right of publishing and distribution of all applications belong to the Najva Apps Suite. They are only allowed through stores. Therefore, copying and reproduction of them in any way are absolutely not allowed.